Raihan is multidimensional. He is a percussionist, didgeridoo player, martial artist, and public school educator. Raised in St. Paul, Minnesota to Bangladeshi immigrant parents, Raihan began his musical journey at age 15 when he got his first drum set. He played in hardcore punk bands in the 1980s and 90s from age 15 into his mid 20s. He moved to St. Petersburg, Florida in 2002 and began to study and play Middle Eastern percussion instruments with a passion. These include primarily doumbek or darbuka, frame drums, and riq tambourine. He also began to play Aboriginal Australian didgeridoo in 2005. Today, he travels the USA during the summers performing children’s educational didgeridoo programs with Didgeridoo Down Under. He has performed with several world music ensembles over the years. But since 2013, he has performed primarily with Kafkasso.

Raihan has had the opportunity to study with legendary master teachers of Middle Eastern percussion including Glen Velez, Naghmeh Farahmand, Raquy Danziger, River Guerguerian, and Hossam Ramzy. The fierce passion of his punk roots can still be heard in his rapid-fire improvisations on darbuka and other percussion instruments. 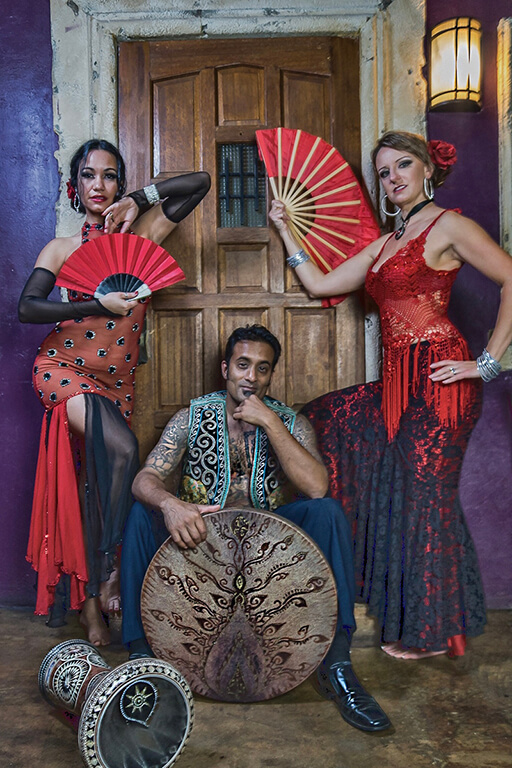