Jennifer is of Puerto Rican descent and grew up on St. Petersburg, Florida. She discovered her passion for music at an early age studying and playing oboe in her middle school orchestra. She began playing bass at age 15 and that has become her signature instrument ever since. She has played music professionally since she was a teenager and has played in numerous ensembles and bands spanning genres from classical, jazz, funk, punk, and ska over the years. Notably, she has played in the funk, rock fusion band Fall on Purpose since she was in high school. In 2013, she began playing with Kafkasso, and has been one of the key members of the group ever since. Jennifer is a serious, focused, professional musician. Behind her calm, quiet, and humble demeanor, is raw, ferocious, passionate talent. Her fingers move with skillful grace and fluidity capturing melodies effortlessly. She listens to a guitar melody and in an instant is able to construct complex, harmonious, improvisational bass solos. She is quite simply one of the very best bass players anywhere! 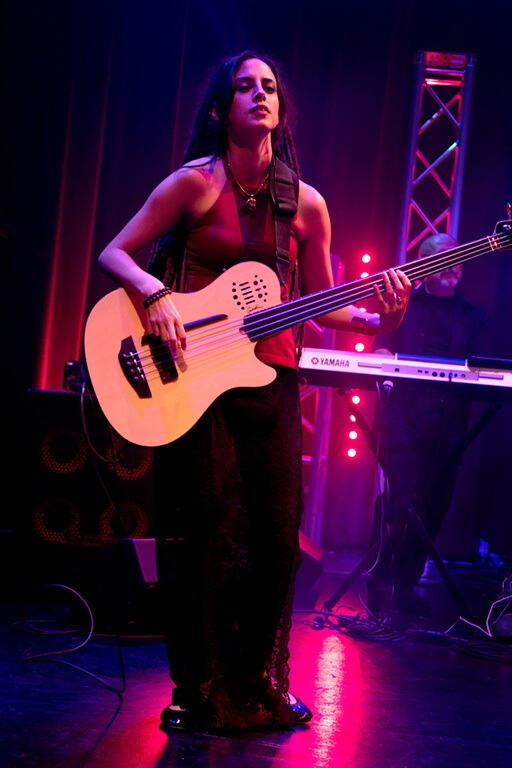